No matter your growing goals, worm castings can help you get there faster and more efficiently. Let’s look at the benefits of worm castings and why you should consider this soil amendment for your own SoHum Living Soils garden.

What are the nutrients in worm castings?

Worm castings (aka vermicompost) are waste excreted by earthworms. Though we might think of earthworms as simple and humble creatures, they eat a lot of soil each day and the stuff coming out of them is so much better than the stuff going into them. Through digestion they help release soil nutrients such as nitrogen, magnesium, phosphorous, potassium and calcium. In fact, so much calcium is released from the soil they ingest that the pH of worm castings is often close to neutral (7.0).

How are worm castings used in SoHum Living Soils?

SoHum Living Soils use worm castings not as a fertilizer but more like a probiotic for the soil. Just like many who take a probiotic for your gut health, worm castings contain thousands of different species of bacteria, fungi, protozoa, and other microbes to give life to your soil. In fact, a single teaspoon of the worm castings we use will have over a billion bacteria that are essential for the health of the soil and to your plants.

Unlike other animal manures or even plant based composts, worm castings have the added benefit of passing through the digestive system of the worm which kills many pathogenic bacteria like E.coli and Salmonella. Although, not extremely high in any one nutrient, worm castings help grab and hold on to free nutrients supplied by other fertilizers and actually help in their uptake into plants. The castings help create the ideal environment for nutrient-demanding crops like cannabis in that the bacteria in the castings create a soil structure that allows for great nutrient cycling and helps prevent soil diseases. Combining worm castings with our living soil for sale may be the best way to get the fastest, most pleasing results from your garden. To find out more, contact us today. 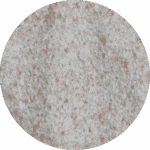 The Benefits of Langbeinite in Soil At SoHum Living Soils, we are dedicated to using only the best natural ingredients in our living soil for [..] Our Natural Ingredients Growers looking for the best living soil for sale are serious about the success of their crops. One of the soil amendments [..] Our Natural Ingredients When feathers are treated with high heat and ground up, you get feather meal – a natural, organic fertilizer ideal for plants [..] Our Natural Ingredients If you’re on the lookout for the best living soil for sale, it’s important to make a selection that includes crab meal. [..]

Bone meal is a soil amendment created through of grinding of heat-treated animal bones is used primarily as a readily available source of phosphorus (P) [..] 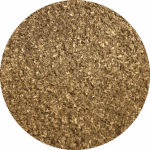 The Benefits of Alfalfa Meal in Soil SoHum Living Soils is a complete solution for giving cannabis and other demanding crops the nutrient and soil [..] SoHum Living Soils is an all-in-one solution to enhance the health and performance of all your favorite crops. As the premier living soil for sale [..] Peat moss is a gardening staple as a soil conditioner with Canada supplying over 80% of the peat used in horticulture worldwide. Peat plays an [..]